Displaying items by tag: k2
Subscribe to this RSS feed

K2 Plugin for sh404SEF v1.5.0 is now available to download or upgrade. This is both a feature and bugfix release so it's advised that you upgrade as soon as possible.

inBlog
In the recent update of K2 v2.7.0 we decided to decouple any built-in integration with third party extensions for 2 important reasons: easier maintenance of third party features and faster updates.

"K2 Plugin for sh404SEF" is now available to purchase in 6 and 12 month subscriptions, starting from 14.90 EUR.
MORE INFO

A plugin for supporting K2 in sh404SEF.

Use the plugin to configure K2 URLs when using sh404SEF in a multitude of options.

Unlike the previous built-in implementation for sh404SEF, this new plugin provides new URL manipulation options and it has dual compatibility with K2 versions 2.7.0+ as well as the upcoming K2 version 3.

The plugin has been successfully tested with sh404SEF versions 4.6.x in Joomla 2.5 and 3.x. 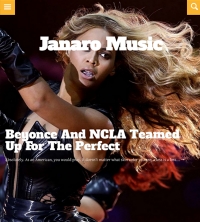 Janaro is a flexible, zone based, multi-variation and fully responsive Joomla template, built for a wide range of websites, from corporate/business presentations to content-heavy movie, film or food portals that usually display high resolution imagery. 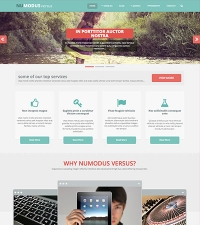 nuModusVersus is a FREE, multi-purpose template emphasizing in K2 and bundled with all kinds of content blocks you may need: Edge to edge slideshows, feature lists, screeshots showcase, client spotlight, testimonials, blog section and more. 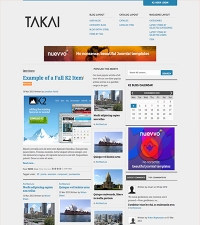 Takai is the official demo site for K2, the popular award-winning content extension for Joomla, which JoomlaWorks designed back in 2012. After many requests from the K2 Community, today we are releasing Takai as a free Joomla template, updated to be fully responsive and modernized with JoomlaWorks's new template parameters and standard features. It's probably the best starting point for Joomla users that are just getting to know the content management super-powers of K2! 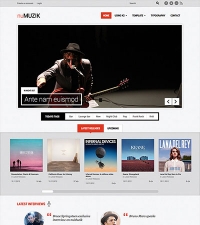 nuMuzik is a bold and engaging template for music and media related websites. It features magazine-style layouts and large typography that makes the content stand out with big headlines, edge-to-edge feature images and careful use of white space. 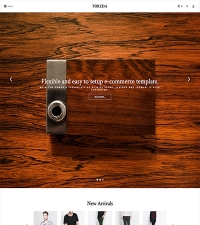 Building e-commerce sites doesn't have to be hard or full of compromises. Toreda uses the power and flexibility of K2 combined with K2Store (and J2Store for Joomla articles) to bring you an extremely easy way to setup and manage your online store. 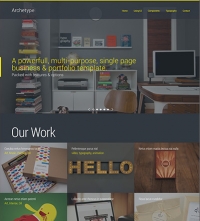 A flexible one-page template for any kind of corporate presentation or creative portfolio. Archetype comes with multiple layout options, 6 built-in colour variations and the ability to setup your own variation using the template options in the Joomla backend. 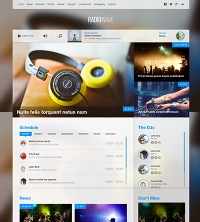