Written by  JoomlaWorks
Published in Blog
Tagged under
20 comments

A new perspective on the future development of Joomla 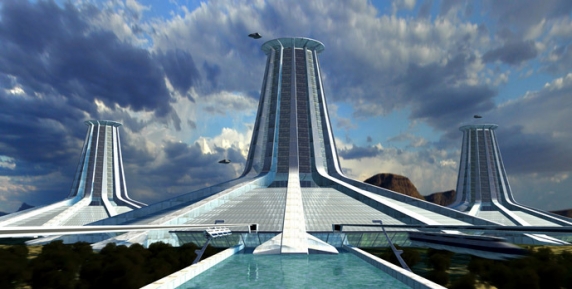 There have been endless discussions around how Joomla is developed and maintained. One thing is clear though: development is quite slow and new significant features for the end user have not yet been introduced since the Mambo days... It's one of the reasons we decided to build K2, so we could introduce more modern and popular features into Joomla now.

But how could the development of Joomla not be slow? Given that the core team are human beings and not robots that work 24 hours a day on coding and debugging Joomla, it's really simple to realize why the development process is slow. Additionally, it is not easy to contribute code to Joomla because there are certain protocols need to be followed that make the entire process even slower.

Obviously this is not a post to bash the core team but a new thought on how we could possibly see Joomla being development in the not so distant future.

So how could we speedup Joomla development?

It's really simple. Joomla is modular by nature. So why not make development modular as well?

Here's a realistic example: Joomla is made up of components like com_content (for articles), com_menus (for the menu management system), com_polls (for the polls) and so on. The Joomla team could easily "contract" some professional developers and have them undertake the development of a specific component or perhaps module or plugin or whatever!

Imagine this: Joomla 1.6 will be released without comments (despite original claims for the opposite). How difficult would it be for some developers to create a comments component, contribute it to the default Joomla 1.6 distribution and also be responsible for maintaining the code!

One thing is for sure. A lot of weight would be lifted off the core team and significantly boost Joomla's development. If a bug is introduced on the above example of the comments component, the developers of that component could issue an upgrade and deliver the upgrade through joomla.org to all Joomla users. Why update an entire Joomla website when there is a specific problem in some component?

It's how things work in bigger software deployments like operating systems (OS). Teams and sub-teams developing and maintaining individual applications that make up the end product. The best example I guess is from the Linux world where there are applications developed for certain Linux distributions - the bond is so strong that you think they are actually part of the OS (see Ubuntu).

To conclude, I don't think it will be hard for the Joomla core team to find such developers to code and maintain specific elements of Joomla. If others can do this in projects with a gazillion lines of code, then Joomla can do it too.

We (as JoomlaWorks) have offered to code (yes, code, not debug) many times and I know a lot more people who have expressed the same interest as well. And I know it's difficult for the core team to just give away SVN access to others. I wouldn't easily trust other devs to code on K2! But I would certainly trust someone to develop and maintain a module of K2 and have it included in the default distribution.

The only hard part is for the Joomla core team to actually approve that some developer can deliver quality code by some standards, but it's really no biggie. We are a large community and there's a lot of talent to jump in and help things out. Can you imagine what a positive impact this would have to Joomla's PR and especially to users of other content management systems?